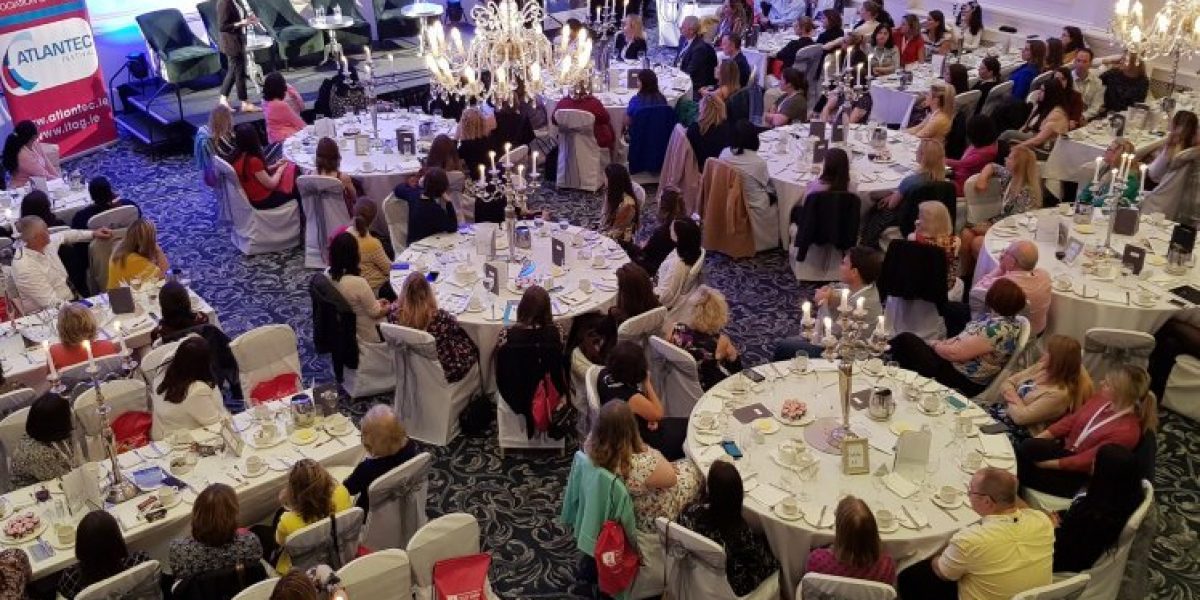 The Atlantec festival in Galway is a great opportunity to engage in tech on the Wild Atlantic coast. As Sharon Walsh stated in her closing address for the Digital Women’s forum on May 29th, what a great thing it is to have such a vibrant and current festival right on our doorstep here in Galway. And I couldn’t agree more.

As an entrepreneur who has recently moved into the Digital Wellness space, the Women’s Digital Forum was the pinnacle event for me of the last few weeks of the festival. I want to keep my finger on the pulse of developments in the tech sphere, and enjoyed a number of the in-company events over the last few weeks, which focussed on machine learning & AI. And I learned a lot.

When I purchased my ticket for the Digital Women’s forum, I wasn’t sure what to expect. I have been to many conferences in my professional life – ranging from technology forums like SAPPHIRE NOW, to wellness events and Digital Mindfulness festivals – and they all vary widely. So I was pleasantly surprised when I got to the Meyrick Hotel to find it was a sit down event with organised seating and a light meal (there was even wine on arrival!).

I took my seat with a number of other small business owners and employees, and started chatting to the others at my table, who included employees from Acorn Life, the Connacht Group and other entrepreneurs. The atmosphere was bustling and there was lots of chatter from the women (and the small number of men) all taking their seats and catching up with friends and colleagues.

Shortly after 3pm, Fiona Neary ( Technology Transfer Business Developement Manager at Ignite NUIG) kicked off proceedings to a room full of techsperts. Fiona Fraser from IBM introduced us to Catharine Bowman from Canada, who at 21 years old had poise and wisdom beyond her years. She spoke passionately and humbly about her first forays into scientific research as a young girl who’s mum had become sick. “One day I will either cure or treat you” was her 8 year old girl’s promise to her mother after she developed a condition called lymphedema as a result of her cancer treatment. And it seems that this promise has stayed been the forefront of all the amazing achievements that Catharine has accomplished in a relatively short space of time. What stood out most for me from Catharine’s talk were two things – understand your core values, and get comfortable being uncomfortable. And for me these two things are interlinked. If you are clear and strong on your core values, these will help to guide you when the going gets tough and things get uncomfortable.

Our second speaker was the inspiring Donegal native Joanne Sweeney. Peppering her talk on personal branding and staying true to who you are were references to her two children, Sophie and Bobby. Sophie recently graduated from NUIG (Joanne showed two pictures of them, more than 20 years apart, in the same room where they both graduated) and the pride Joanne had was palpable. Having had her daughter at 16, Joanne certainly encountered more obstacles than most when attempting to navigate third-level education (working 3 jobs in order to keep a roof over their heads while she studied being just one of them). As a successful entrepreneur, Joanne has also written two books on digital marketing and touched on two important points – storytelling is key, and no matter how strong your digital brand is, nothing beats a handshake. And this resonated strongly with me as a someone who advocates healthy digital habits and behaviours. So I noted down a question to ask during the panel discussion.

After Joanne’s talk we were treated to sandwiches and cakes, all of which were delicious. At this point it is also important to mention the staff at the Meyrick, who were very polite and helpful. When asked if they had gluten-free options by one of the ladies at our table, they couldn’t have been more helpful in providing options in both sandwiches and cakes.

After we were sufficiently sated with cakes and coffee, the effortlessly cool Ally Watson took to the stage. Wearing her “Code Like A Girl” t-shirt, Ally took us through another story (storytelling making another appearance!) of a girl – the youngest of 4 daughters in a single-mother household – who really, really wanted to be an artist. When this dream didn’t materialise, Ally begrudgingly took a spot in a Computer Science degree in Glasgow and it was clear from her talk that she didn’t have her light-bulb moment in those first few months on the course. She struggled to “fit in”, being surrounded mostly by boys who had grown up with computer games and nerdy magazines. But she found her space in design and, inspired by her own mother’s grit and determination to complete her education, she completed her course. Even though her grades were not amazing (by her own admission), it was her ability to bring her skills and strengths to a team that made her stand out. And when Ally started to talk about her Code Like a Girl workshops and camps, I couldn’t help but think about my own 7 year old daughter. At that moment, I vowed to check out what resources are available online that I can use to show her the basics. We know that many stereotypically “female” jobs will become obsolete or automated in the near future, so understanding the digital world is going to be important for my daughter as she grows up. And as with the other speakers, maybe I as her mother can be one of the people who inspires her.

For our last speaker, we were treated to a talk on motivation and inspiration from Gerry Duffy. Notably, Gerry started his talk by referencing Catharine’s request to us all to “get comfortable being uncomfortable”, and this was touched on a number of times during Gerry’s inspiring and energetic talk. I have followed Gerry online for a while now, and I was delighted to see him speak in person. Again, we were treated to a story – the story of a 20-something year old man who no longer recognised himself, and decided to make the change to be the best version of himself that he could be. He encouraged us to “work harder on yourself than you do on your job”, and to experience the growth that comes from being outside your comfort zone. In between the motivational nuggets and stories, Gerry also engaged us in some activities to get us used to the feeling of discomfort (I won’t spoil them by telling you what they are – if you ever attend one of his talks, I want you to experience the activities in full with no spoilers).

As the panel got themselves organised for the panel discussion, I formulated a question I wanted to ask. Joanne had touched on the fact that 90% of what we do now will actually be different in the future due to developments in technology. Ally had also mentioned that an extremely high number of jobs will become obsolete or automated in the near future due to technologies such as AI and Machine Learning (which, incidentally, is the theme of this year’s Atlantec Festival). So I wondered – looking at the rapid development of technology, how did the speakers feel we can best maintain our human connections in the future?

Each panel member gave their own unique insight. Joanne encouraged us to check out Sophia the Robot (who recently became a citizen of Saudi Arabia). She felt that the future of technology will rely on the marriage of technology with ethics and responsibility. We can’t rely on algorithms to replace humans. Catharine stressed the need to set ourselves apart from machines. To do this, we need to maintain our humanity as this is what makes us unique. Echoing this sentiment, Ally said that we should “lean in” to our humanity. AI should be viewed as assisting our humanity and doing certain tasks that will give us the scope to be more human. Ally also reiterated the fact that all people need to have both literacy skills and digital literacy skills into the future. Finally, Gerry (who by his own admission is not a technologist) felt that leadership is the key, and this leadership should start at home. Again, echoing what the others said, we need to hone in our human values. Given this backdrop, Gerry quoted an action that Joe Schmidt (Ireland head rugby coach) does with his family. Every evening around the dinner table, each family member answers the following question: “what did you do for another human being today?” And this is something I will certainly be considering myself each day.

To finish, I found the forum educational, inspiring and more importantly reassuring. After hearing the speakers, I feel that the future of technology in Ireland and beyond is in capable hands.

And as a mother, I had one more takeaway. Each female speaker, bar none, referenced their own mothers as a source of inspiration for the career paths they took; either directly or indirectly. As the American activist Marian Wright Edelman said “you can’t be what you can’t see”, and each of them saw in their own mum something to inspire them to do things differently; to “get comfortable being uncomfortable”. 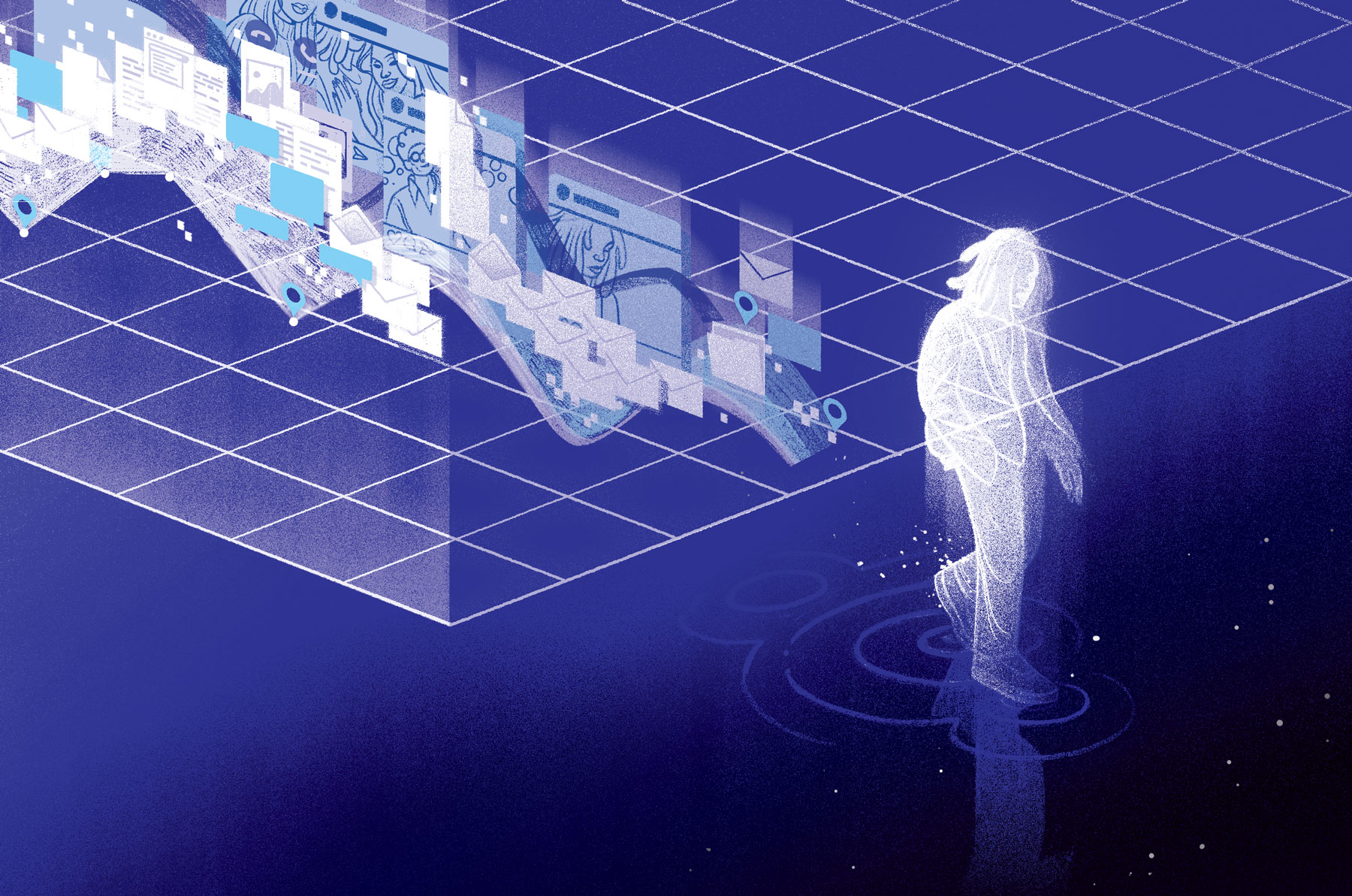 How to manage our Digital Afterlives 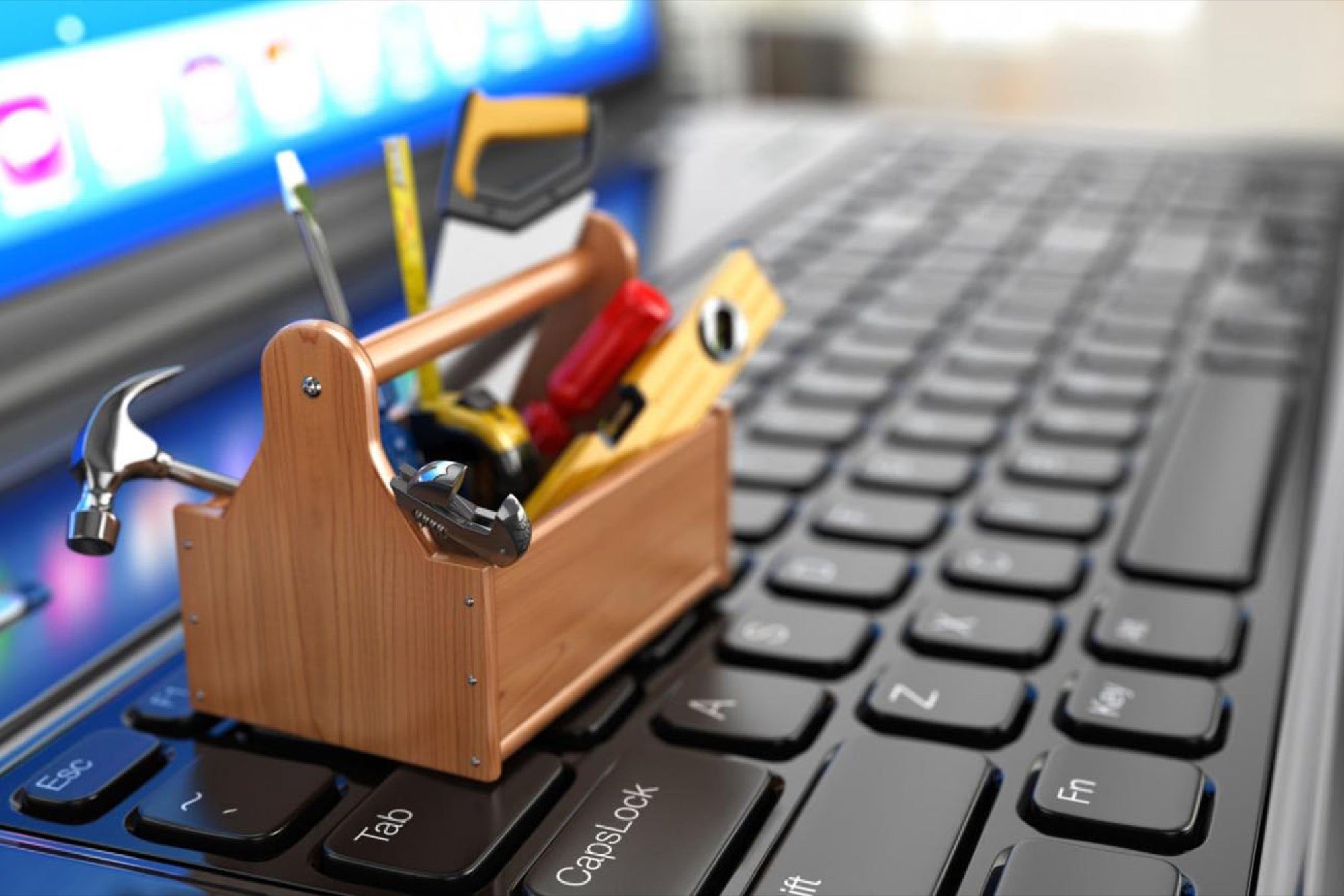 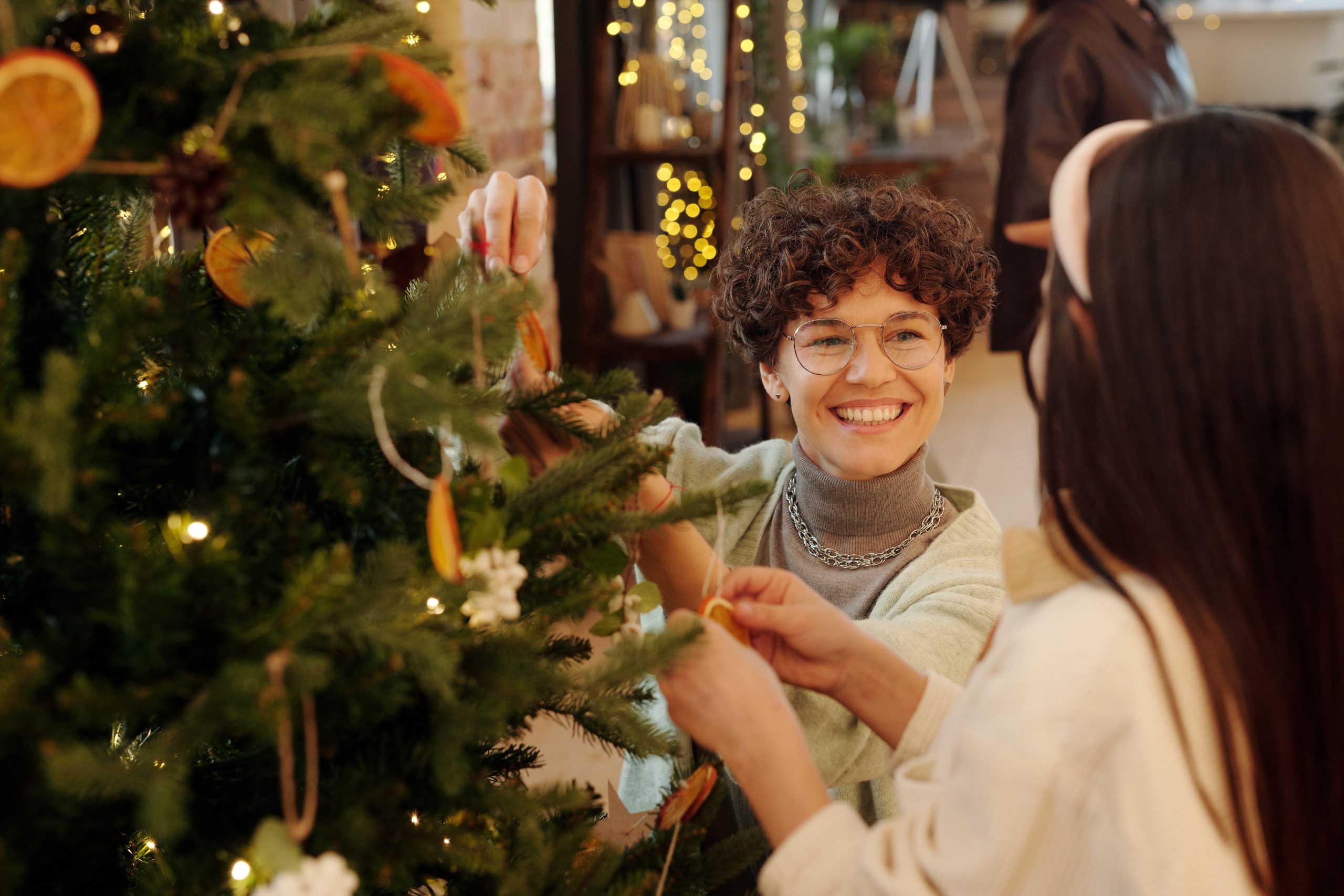 How to not let work take over your Christmas 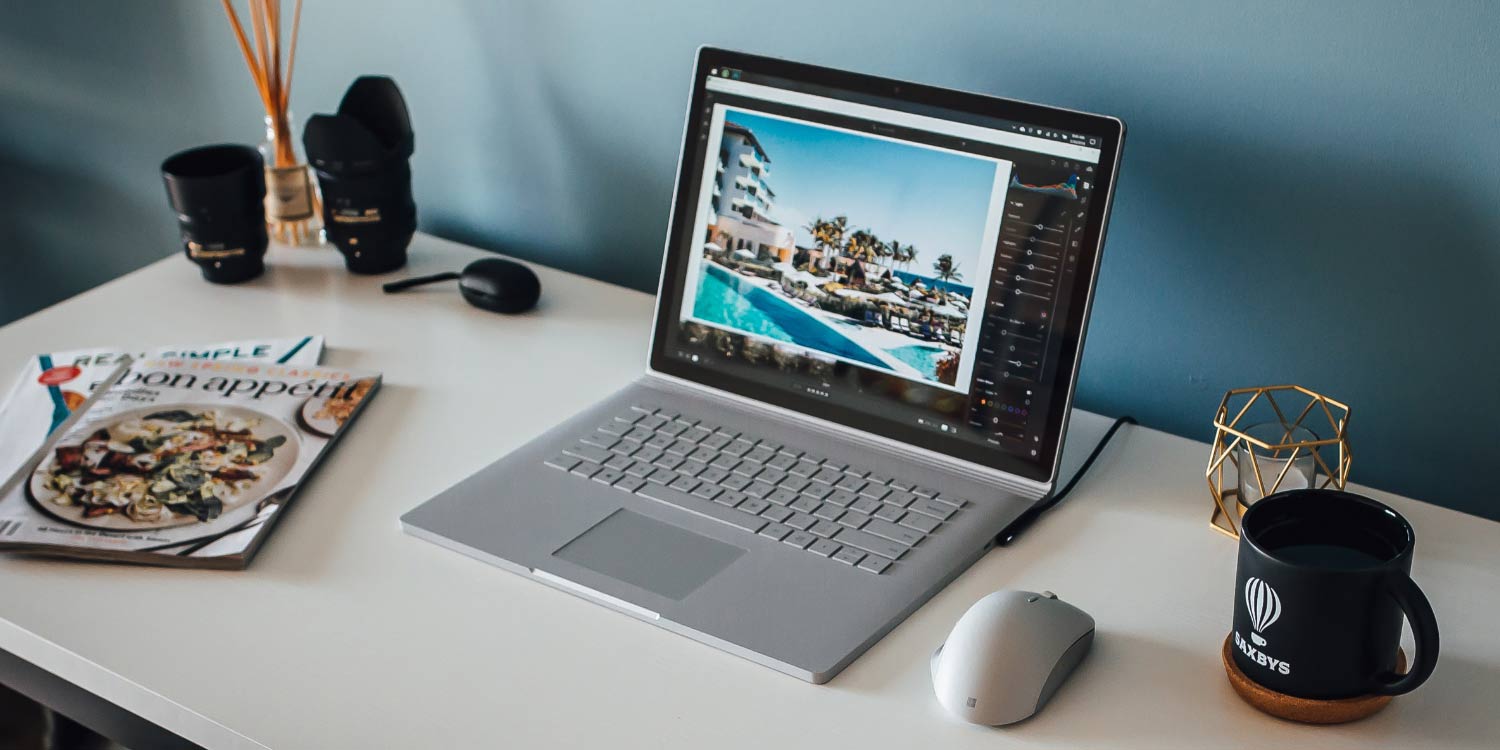 How to build Digital Resilience 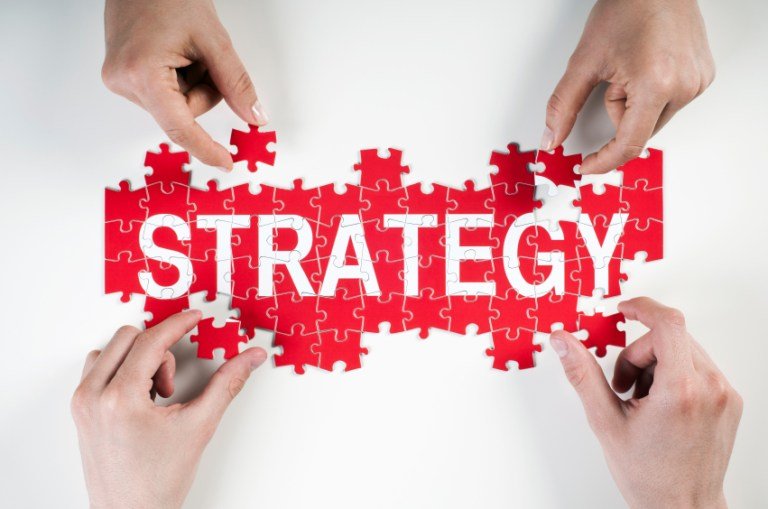 What you can do TODAY to improve workplace wellbeing… without a big budget!

January 28, 2020
Go to Top
We use cookies on our website to give you the most relevant experience by remembering your preferences and repeat visits. By clicking “Accept All”, you consent to the use of ALL the cookies. However, you may visit "Cookie Settings" to provide a controlled consent.
Cookie SettingsAccept All
Manage consent

This website uses cookies to improve your experience while you navigate through the website. Out of these, the cookies that are categorized as necessary are stored on your browser as they are essential for the working of basic functionalities of the website. We also use third-party cookies that help us analyze and understand how you use this website. These cookies will be stored in your browser only with your consent. You also have the option to opt-out of these cookies. But opting out of some of these cookies may affect your browsing experience.
Necessary Always Enabled
Necessary cookies are absolutely essential for the website to function properly. This category only includes cookies that ensures basic functionalities and security features of the website. These cookies do not store any personal information.
Non-necessary
Any cookies that may not be particularly necessary for the website to function and is used specifically to collect user personal data via analytics, ads, other embedded contents are termed as non-necessary cookies. It is mandatory to procure user consent prior to running these cookies on your website.
SAVE & ACCEPT